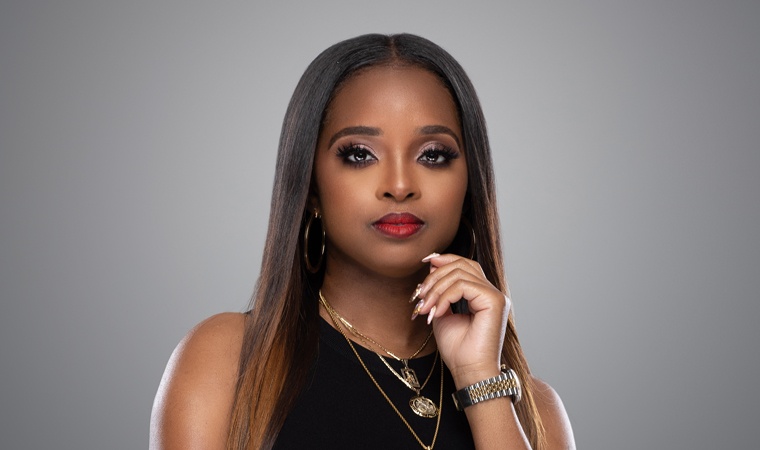 About Tamika D. Mallory
Tamika D. Mallory is a groundbreaking, award-winning social justice leader and movement strategist. Tamika has risen to become the most sought after, influential activist of her generation. Her committed work, advocacy, frontline bravery and heroic servitude continues to fuel a solitary act into a global movement inspiring millions around the world to get involved in the fight for racial and social equality.

Tamika, through the impact and gravity of her voice, speaks truth to power no matter the consequences. She is hailed as one of the most influential Black voices of our generation. She served as the youngest-ever Executive Director of the National Action Network and was instrumental in the creation of New York City’s Crisis Management System, an official gun violence prevention program that awards nearly $27 million to violence-prevention organizations annually. Tamika made history when she helped shepherd the largest single-day demonstration, the 2017 Women’s March on Washington, serving as one of its four national co-chairs. Most recently, she co-founded Until Freedom, an intersectional social justice organization that serves as a clearing house for organizers, activists, movement attorneys, artists, celebrities, and formerly incarcerated individuals. Tamika also co-hosts, alongside “Raptivist” Mysonne Linen, the newly launched “Street Politicians” podcast on iHeart Radio’s Black Effect Network.

Tamika has been honored as one of Time 100’s Most Influential People and was featured on Fortune’s list of the World’s Greatest Leaders. Her deliberative vision and focused intentionality has deeply moved and motivated a new generation of spirited, engaged activists. Never hiding behind a keyboard, but motivated by her selfless convictions to advance freedom and equality, Tamika is a peerless, streetwise lightning bolt for freedom, justice and equality. The title of her forthcoming book State of Emergency is a reflective masterpiece birthed from the urgent declaration she made in the opening of her speech during the George Floyd protests in Minneapolis.

This online event was livestreamed on Zoom and YouTube as part of the Voices for Justice: Equity & Arts Series.

Please consider making a donation to The Womxn’s Collective at the Women's Gender and Equity Center at CSULB.

The mission of The Womxn’s Collective is to build a empowering community among womxn students of color at California State University, Long Beach that enriches their educational and social experience and respects self by advancing their needs through programming, resources, and engaging in a supportive network.